Get me outta here!

“How have both the people in your life and your own personal experiences impacted your writing? Do you ever base characters off of people you know?”

I sometimes even write stories about them. For example, last year in Creative Writing Class (awesome, right?) I wrote a pathetic story about Justin Bieber and his minions kidnapping my teacher and making her work for them in their drug dealership. (Don’t even try to argue, it stinks, which is why I recycled it.)

I also have another story I really like about me and shonti where we assume our false aliases and wreak havoc. It’s quite a good story, and very fun to write, too.

And there are a few others where I write about my family (there’s one about my mom the giraffe who hates mush and opens a cooking restaurant for example) that are really fun to write because usually I can poke fun at them and they don’t mind because I’m kidding. That’s what I did for Christmas presents last year. They were fabulous.

Not many personal experiences of mine have found a way into my stories, mostly because my brain comes up with much better things, like for example, “once upon a time there was a duct tape man and he was evil because he crept into people’s homes and tied them up with duct tape” and yes, I came up with that on the spot.

Wow, this prompt is actually really hard, John. I don’t mind much though because it’s making me think and that’s probably a good thing over summer break.

Sometimes when I write, I mix a bunch of people I know together and get an entirely new person, which is a lot of fun and I really like doing that. Plus, they don’t know you’re writing about them (which is sometimes a good thing.) (And sometimes a bad thing.) Obviously, you’d tell them if you wanted them to know though.

Sometimes I even use people I know’s names. This is usually because I really like their names, although sometimes it’s not. *cue evil laughter* MWAHAHAHAHAHAHAHA.

Not many experiences (because usually I want to go where my characters go, although not in the case of Fluffy the Frog. By the way, his life stank. I kind of killed off his wife and family, but it’s okay because he got Lord Voldemort to reincarnate her.)

But lots of people, I guess that’s the way I like it.

Now go forth and read the other participant’s posts.

26th – http://teenscanwritetoo.wordpress.com/ (We’ll be announcing the topic for next month’s chain.)

London. I really want to go there because seriously they have so many cool things there. Big Ben, triple decker buses, telephone booths that may or may not take you to the TARDIS or the Ministry of Magic, the giant ferris wheel, LEAVESDEN STUDIOS, Diagon Alley, etc etc etc. Okay, so maybe Leavesden Studios isn’t in London. I still want to go there, though.

The Bahamas. Do I even need an explanation for this one?

The Galapagos Islands. The scenery is super awesome and it comes with superawesomemegafoxyhot penguins and tortoises, so that pretty much seals the deal for me.

I’ll admit it, I’m a sucker for pretty tropical places. This is Hawaii, by the way. I want to climb the volcano there, assuring it doesn’t explode of course, and sit on the beach I’M KIDDING, OKAY? I’m definitely not old enough to legally drink. Also, I like leis.

This isn’t a place, but it’s the Northern Lights and they’re AWESOME. Unfortunately, I live just a little south of where they tend to show themselves, which is disappointing. I’ve always wanted to see them though. They look fascinating. Just sit outside with a blanket and hot chocolate.

Because this is what I found today.

Some poor evil…being…must have dropped it. It stinks for them, but t’s really quite good for me because it’s actually really interesting  It’s like ‘People’ for evil people. It’s the underworld’s gossip magazine.

Gollum’s new movie sounds interesting. I’d go watch it, but the closest location it’ll be shown is at Malfoy Manor, I think, and I really am not going to go all the way to England to watch one movie.

It was also really interesting that they mentioned the GSA. I don’t think they did a very good job describing it though. Look:

The GSA, also known as the Good-Sinful Alliance, is a cooperation started by one blogger who wanted to foster good-evil connections. We’re not entirely sure if it’s working or not, because we’ve been asking around for information and nobody’s responding.

Actually, Severus Snape, a confirmed member, threatened to hex us to the moon and back if we ‘asked him one more dumb question about the GSA’.

We’ve only gotten one person to sit down with us and discuss their experience with the GSA, whose identity we’re trying to protect. We’re using her real name, because everybody  will think it’s fake, so they won’t actually go looking for her–ANYWAY: Her name is Aunty Sponge.

Evil Magazine: Hello, how are you? We’d like to talk to you about your experiences with the Good-Sinful Alliance.

EM: So I’ve heard you attended the GSA’s annual conference a few months ago. How was it?

EM: Um, thanks. I also heard the Miraz answered your advice question at the conference. Were you glad your question was answered?

Unfortuntaly, Aunty Sponge had a total mental breakdown and was unable to complete the interview. Also, she was sent to a psychiatric hospital.

Um. Well. They really could use some writing skills. It’s hard to read. It’s like they just recorded it and stuck it on paper. Well, actually, they probably did.

I also learned a lot. Apparently, Rosaline is the name of the witch in Hansel and Gretel, and she became a millionaire after she sold her life story to the Grimm Brothers. She’s also a witch, which is how she survived the fire that Gretel threw her into. Apparently a basic Flame-Freezing charm did the trick.

Bellatrix’s article is quite interesting as well. She’s a very dramatic person. Apparently, she got a divorce to her husband Rodolphus Lestrange. And then ran off with his brother Rabastan. Or maybe it was the other way around. I can’t tell the two apart. It has the Wizarding World in quite an uproar, the magazine said.

It said on the cover that it was my trial issue. The people at Evil Magazine seem to be harboring under the delusion that I’m evil. Well, sometimes I am, but I’m not really evil like Sauron or Voldemort or the White Witch or anyone.

I signed up to get it anyways. Told them to take the gold from my Gringotts vault. I picked a random number  for my vault. I just hope it’s the Malfoys….

I was all prepared to write you people a GREAT post today, to celebrate my return to the blogosphere.

But then, as if my brain was controlled by the Imperius Curse…..it opened Paint.

And proceeded to make this.

I mean, seriously. I have no idea where on the good green earth this came from.

Sometimes, my brain scares me.

And I think I’ll…erm…go think of some actual post ideas now.

And now for the nominees…..

1. Shonti at Dragons, Unicorns and Other Random Things

2. Nevillegirl at Musings from Neville’s Navel

5. Tara at The Librarian Who Doesn’t Say “Shh!

Aaaand….that’s it for now, folks. *cues recorded applause* Hopefully I’ll be back sooner than I was last time…..

What is World Book Night? It’s AWESOME. But to provide a fuller explanation, this is basically what it is. World Book Night (WBN) is pretty much a day where people apply to receive 20 copies of this one book. Then, on the particular date (April 23) those people who got the books go hand them out to adults in their community! According to the website, there are a lot of programs to get kids to read, but not as many for adults. So they made one.

Even though it’s for adults, there are a lot of books on their booklist for this year that I know and lots of others of you probably will too. For instance, Percy Jackson and the Lightning Thief. Pretty much 95% of all Americans have heard of it.

But ANYWAYS. So then on April 23 they go out and give the books to the community. I know this thing has happened before, but I think this one is awfully cool in particular because it’s multi-country. (Is that a word? I don’t know.) Besides the U.S., it also takes place in the U.K., Germany, and Ireland. And the people who run this whole shabang want other countries involved as well.

But what really intrigues me is why they chose April 23. It seemed really close to Earth Day. But it was chosen because it’s the International Day Of The Book. Duh. And it’s Shakespeare’s birthday. And the day that Miguel De Cervantes (you know, the Don Quixote guy,), died. Well, now that makes sense.

You have to be 16 to participate, which made me sad because I am not yet 16, and therefore will be unable to do it. But don’t worry, when I’m 16, guess where I’ll be on April 23? Somewhere well populated handing out books.

Well, what do you think? Great idea? Terrible idea? You like? You not like? You do? You not do? Let me know below! 😀

I found this meme the other day and it was really interesting (I thought!) so I’ve decided to try it. Apparently what you do is write down a list of 100 random words and then in the next 100 days you write a post about one of the 100 words. This is going to be……interesting.

That took a while to write, but I think it was worth it. It’ll be interesting to see if I remember to do this every day. I probably won’t but who cares? This proves to be a very…….. interesting……meme.

Pick a tag, any tag

Pick one. I command you. 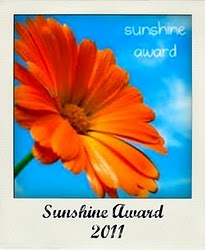